To Live or Lifetimes (Chinese: 活着; pinyin: Huózhe) is a Chinese film directed by Zhang Yimou in 1994, starring Ge You, Gong Li, and produced by the Shanghai Film Studio and ERA International. It is based on the novel of the same name by Yu Hua. Having achieved international success with his previous films (Ju Dou and Raise the Red Lantern), director Zhang Yimou’s To Live came with high expectations. It is the first Chinese film that had its foreign distribution rights pre-sold.
( image and picture courtesy Wikipedia. ) 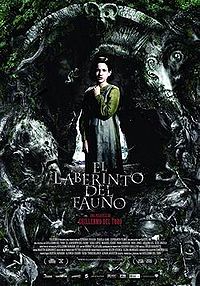 Pan’s Labyrinth (Spanish: El Laberinto del Fauno, “The Labyrinth of the Faun”) is a 2006 Spanish language fantasy film, written and directed by Mexican film-maker Guillermo del Toro. It was produced and distributed by the Mexican film company Esperanto Films. The film was selected by the Academia Mexicana de Artes y Ciencias Cinematográficas to represent the country in the Oscars in the category “Best Foreign Film”.
( image and picture courtesy Wikipedia. ) 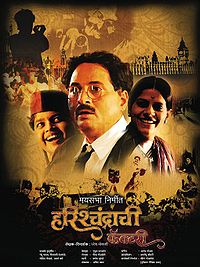 Harishchandrachi Factory (Marathi : हरिश्‍चंद्राची फॅक्टरी, “Harishchandra’s Factory”) is a 2009 Marathi film, directed by theatre-veteran Paresh Mokashi, depicting the struggle of Dadasaheb Phalke in making Raja Harishchandra in 1913, India’s first feature film, thus the birth of Indian cinema..Harishchandrachi Factory is the directorial debut of Paresh Mokashi who won the Best Director award at Pune International Film Festival, where the film was shown. In September 2009, it was selected as India’s official entry to Academy Award in the Best Foreign Language Film Category, making it the second film, after Shwaas (2004), in Marathi cinema to receive this honour . 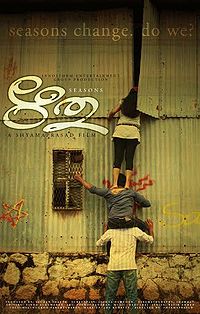 Ritu (“Seasons” in English) is a Malayalam language movie directed by national award-winning filmmaker Shyamaprasad. It will be a 2009 production for the director of much acclaimed film Ore Kadal. The film’s original screenplay is written by writer Joshua Newtonn. This is the first time Shyamaprasad has chosen to film an original screenplay. All of his previous films were adaptations of published novels or plays. The cast is all new faces.( image and picture courtesy Wikipedia. )

Tags:chitturfilm festivalfilmspanchajanyampanjajanyamritu
previousPanjajanyam Film Festival Chittur
nextToday at Film Festival (24 Jan 2010 )
This website uses cookies to improve your experience. We'll assume you accept this policy as long as you are using this websiteAcceptView Policy